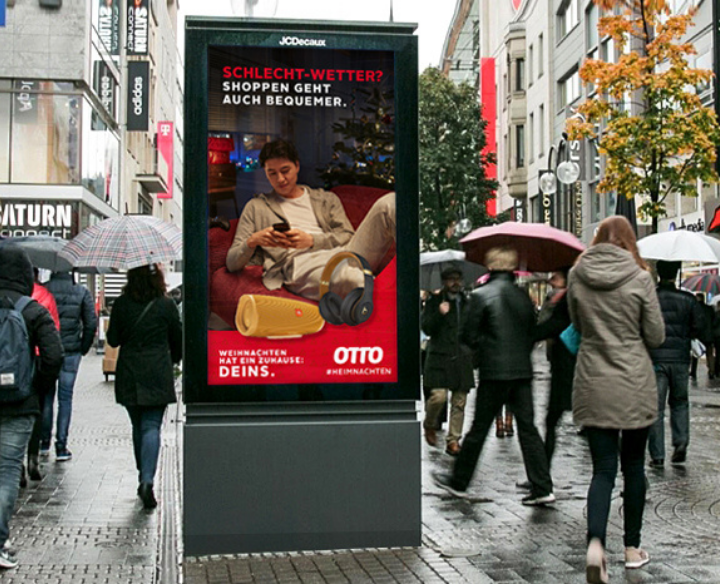 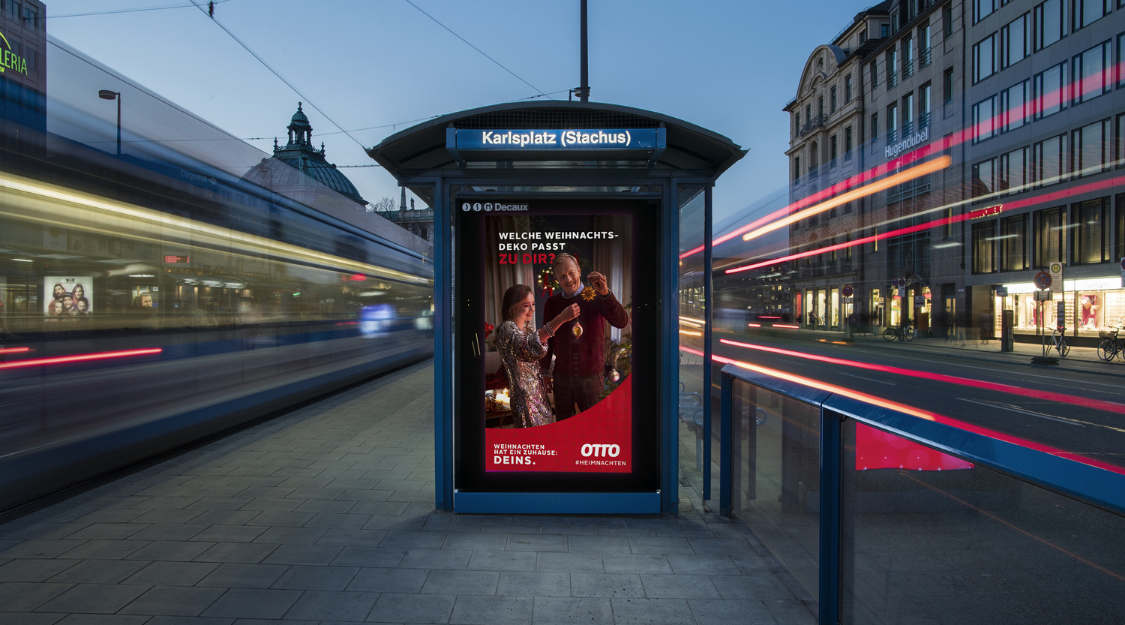 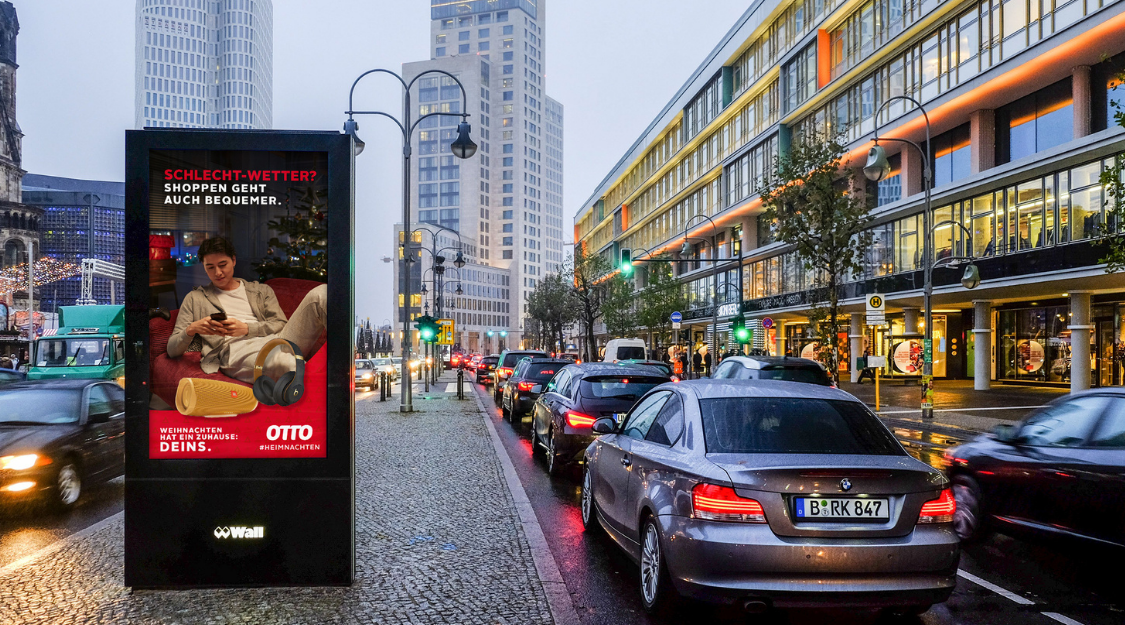 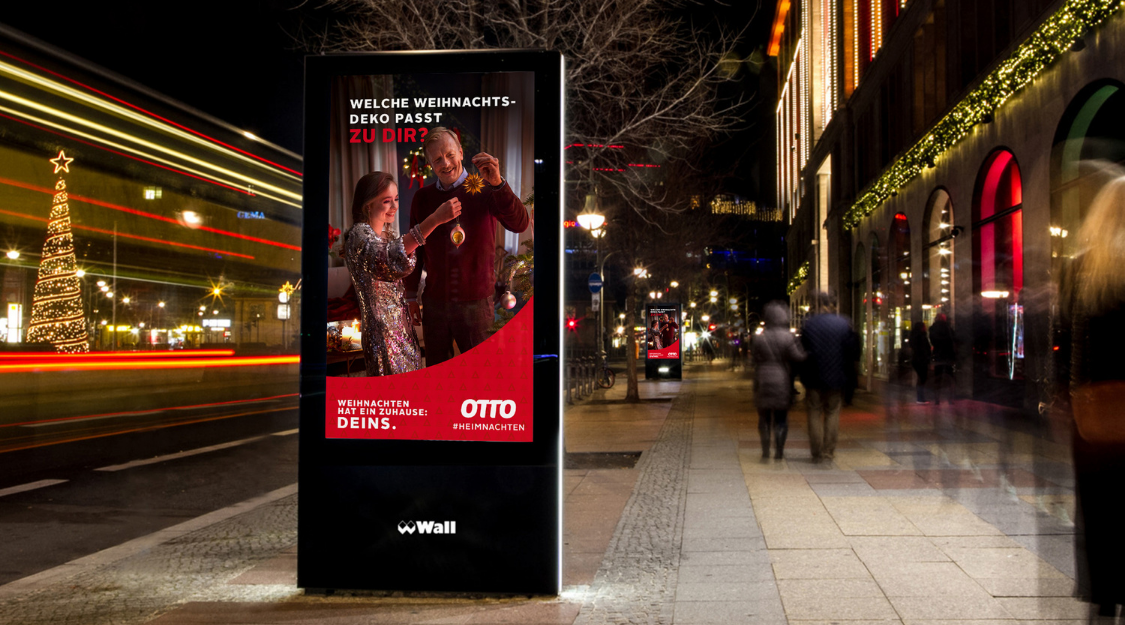 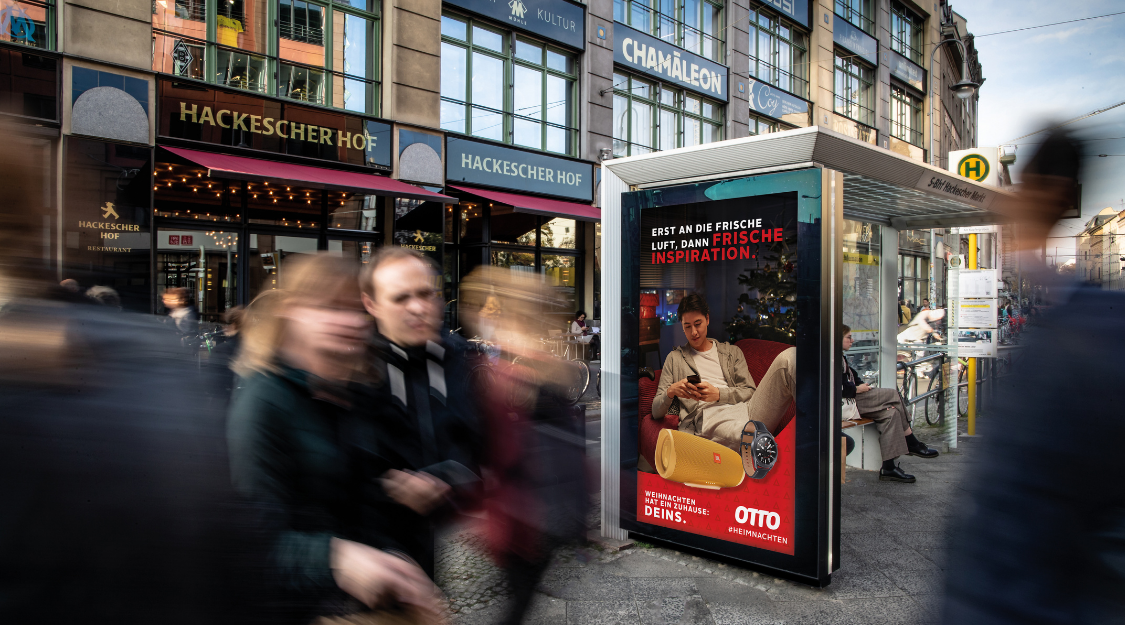 Otto Group Media used smart segmentation of two key target groups for their latest campaign: Gen Y and Gen Z. Specific creatives were produced for each of these target groups, displaying specialised products tailored to the audience group, and an extra layer of time of day and weather was also added as a trigger to produce a truly dynamic campaign.

In the first phase of the campaign, five different creative variations depending on the time of day were created to target the Gen Y target group. In the second phase of the campaign, additional creatives were produced and played out for Gen Z audiences based on weather triggers, with a special creative for night-time. Hourly data was checked by Otto Group Media, checking the weather and the locations where the target groups were situated, triggering the programmatic campaign and serving the relevant ad.

Outstanding recall values were achieved with 44% recognition (recognition of the DOOH spots). The spot designed for the target group of 20 to 29 year olds remembered above average in this target group with 47%. People who had contact with the ad perceived Otto to be 32% stronger as a modern brand than people who had no contact with the DOOH campaign.

Download the case study to read full details of the campaign.