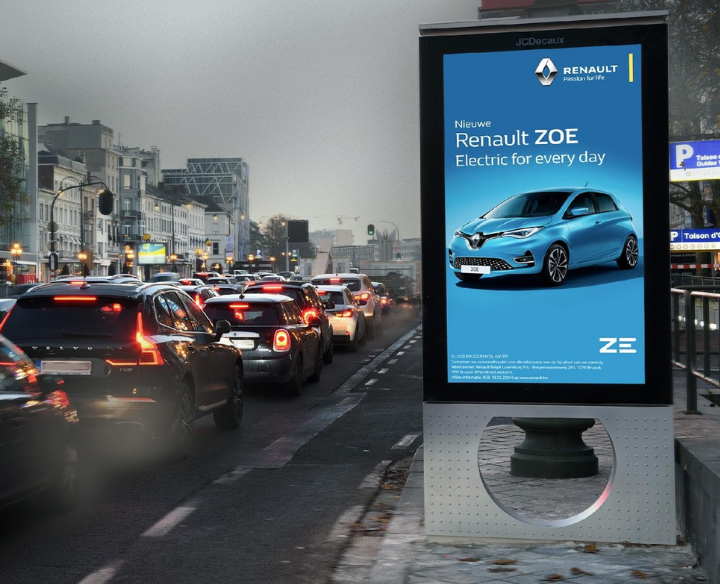 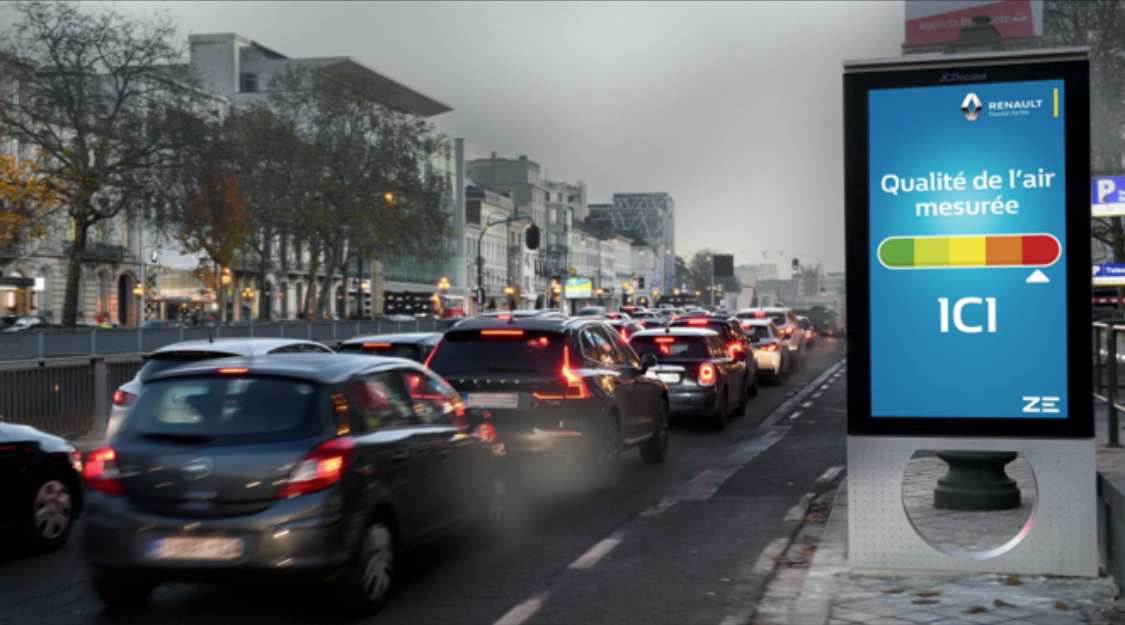 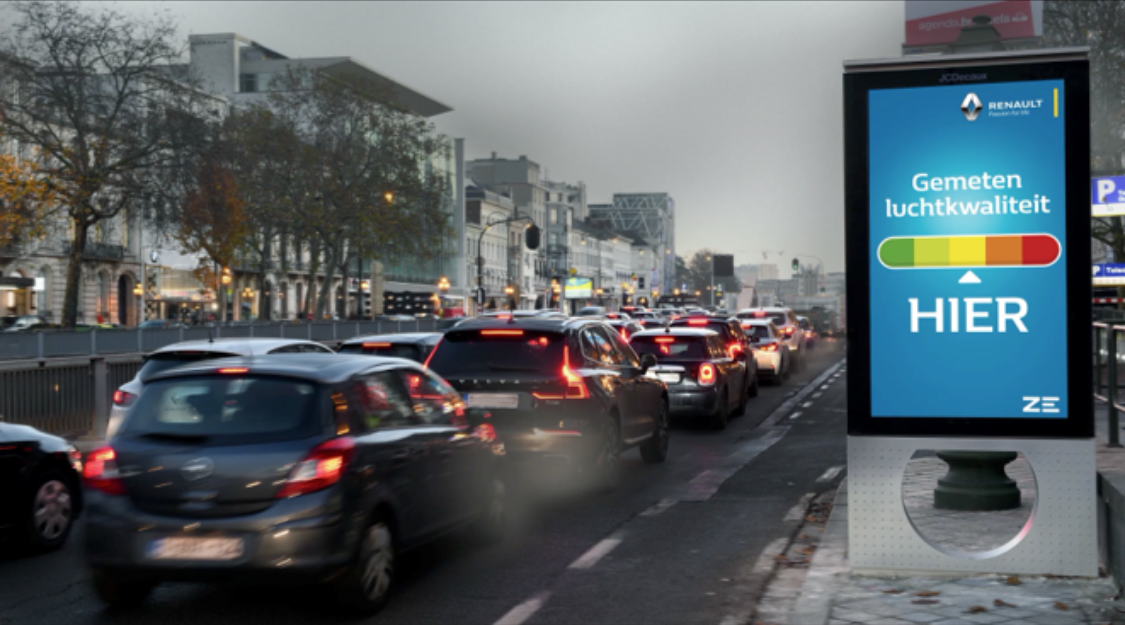 For the launch of their latest electric car, the ZOE, Renault wanted a campaign that targeted key audiences at an optimal time, whilst emphasising the car’s eco-friendly nature. Working closely with OMD and OutMoove, VIOOH developed a groundbreaking campaign with IRCELINE (Belgium’s Environmental Agency) using real-time air pollution data gathered via sensors close to digital OOH screens around the cities of Brussels and Liege.

The campaign was triggered whenever the air quality was poor, allowing dynamic creatives to be displayed according to the real-time data - before showing an ad for the Renault ZOE. Roadside digital OOH inventory was used to maximise this impact, directly targeting relevant audiences on-the-go. This programmatic-based campaign led to a 144% increase in Google searches for the term ‘ZOE’, inspired a best-use case of such data and a number of other brands to start building similar campaigns, and its success convinced Renault to renew such operations as part of their ‘always-on’ advertising plan.